Although I realize it’s disingenuous to fake an identity, traveling through certain countries as an American these days rarely opens hearts, doors, or deep discounts in crowded international street markets. So, at some point in my travels I came up with that very solution. While walking through the Moroccan port town of Tangier as my alter-ego, Tatiana, a Cuban literature student studying in Spain, I happened upon a discovery that would change my life. I had often used alter-egos in street markets as part of my bargaining strategy but on this day, on a street crowded with tourists from all over the world, Tatiana wasn’t cutting it. In a last-ditch effort to shield myself from the inevitable «American-upcharge», I switched from one alter-ego to the other with wild abandon, calling on my limited skills in a variety of languages. But alas, no matter which alter-ego I slipped into to discourage or out-maneuver the “street kids” who were trying to sell me everything from chewing gum to African drums, they were able to communicate with me. As I fumbled from language to language in an attempt to perform whichever identity I thought would get me a cheaper price, the child street vendors were able to effortlessly respond in that language and often at a level more advanced than I could maintain. And while I was well aware that French and Arabic were both official languages of Morocco, I was astounded by their ability to bargain in English, Spanish, Italian, German and even in Japanese. They moved among the travelers shifting languages and leaving effectively no person impervious to their sales techniques. And though I had always been drawn to «foreign» languages, whether formally or informally, it was right there in that market that the power of language began to reveal itself.

At the time of that visit to Morocco, I was attending a study abroad program in Salamanca, Spain, studying Spanish literature and Political Science in English – an adventure I had embarked on not because of my interest in the Spanish language or culture, but rather because I was looking for a break from the intense work and study schedule I´d been maintaining as an undergraduate student. It was one of those spontaneous things you get to do as a young, frivolous and amazingly privileged person, and it was there that I discovered my love of languages and the gift I had for acquiring them. In fact, after only a three-month stay in the home of a lovely Spanish host mother with a healthy appetite for telenovelas, I had become highly conversational, although I had never before studied Spanish. Discovering my gift for language was exhilarating but it wouldn’t be until much later in life and after many hours of reading philosophical texts that I would understand the power I had gained from acquiring the language. Much like the child street vendors in Tangiers, my newfound fluency in Spanish offered me access that I would not have attained otherwise. My bilingualism served to increase my social capital resulting in increased job opportunities, relationships, and eventually world views. As I began to engage in intellectual debates with Spanish speakers in bars and tiny apartments across the world, my understanding of not only my position in society but also of power in general was being profoundly changed.

With the acquisition of Spanish, I could literally feel my power growing with every successful interaction. I used my newfound language skills to create connections with other Spanish speakers, often mentioning similarities in our cultures and bonding with many over our shared stigmatized positions relative to the dominant American or European classes. So, language had given me the power to open doors that were previously closed to me, to construct a new identity that was more closely tied to groups that I had previously had no valid claim on, and to be judged as authentic in doing so. You see, as a card-holding member of several stigmatized groups (Black, woman, 1st generation, etc.), I have often held onto my oppression as proof of my strength, only finding solace in commune with other women of color. While performing my identity in that particular group, the language I used served as a validation of my authenticity. For example, if I was meeting another member for the first time and the woman spoke of an awkward elevator encounter, I could respond with, «girrrll, I def know what’s up with that» and it would not come off as false but rather serve to build a bridge and acknowledge both of our memberships in a particular group. Further, my ability to, along with my co-members, intuitively analyze the linguistic features of those who claim in-group membership imbues in me the power to award or renounce them of that claim to a position in our group.

The language I used before I learned Spanish was mine. It was natural and it was never questioned. But as I used my Spanish to construct newly «shared» realities, I realized that the power that I had gained from learning the language, simultaneously gaining access to groups that I had no access to prior, often came at the expense of those who had natural and legitimate claim to it. While many lauded me for my ability to acquire a language in such a short time, others were being yelled at in groceries stores for not «speaking American». You see, language provides us with the ability to define and enact our realities. However, while we can use our language to position ourselves favorably within that reality, our language also indexes a whole set of other qualities that are many times tied to negative ideologies that have been built over years of history. So, while those of us with certain privileges are able to use our language to gain or maintain privileges within our society, others are relegated to subjugated positions in society because of it.

As I was moving through that market on that crowded Tangier street, I was able to use the power of language to create a «disingenuous» identity. But while my «disingenuity» was predicated on a desire for a discount on saffron and leather, others have had to rely on linguistic disingenuity for survival. 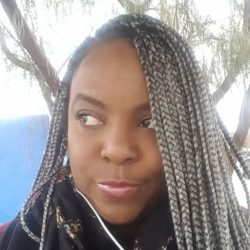 Aris Clemons
Aris Clemons is a doctoral student in the Spanish and Portuguese
department at UT Austin. She began her career as an ESL/Spanish teacher in Madrid, Spain. Returning to the U.S., she completed her MA in Linguistics at Syracuse University and continued her career as an educator and administrator at a high school for low income students in Brooklyn, NY. Currently, she focuses on the intersection of language, race, and identity in educational
contexts. 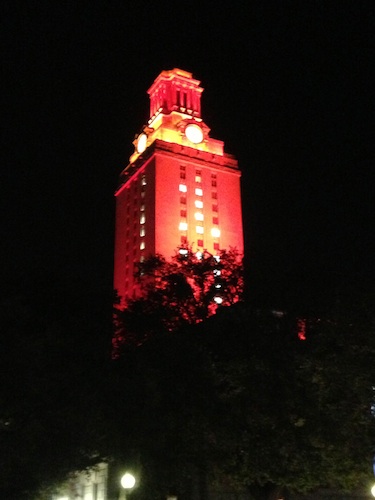