I have never felt more tense in a movie theater than during the Austin Film Festival’s screening of Jonás Cuarón’s Desierto. It wasn’t just the pain of watching an unbalanced, border-patrolling vigilante hunt down immigrants, though the brutal violence in the film made sure that no death was glossed over. What made we squirm was the fact that I was watching this film in Texas, in a time when racism and xenophobia is enough to be a presidential nominee, when barely-trained gun owners are allowed to bring weapons to class under the guise of liberty and protection.

There were times when I watched the audience around me as much as the screen. How would they react each time a Mexican was gunned down? With which side would they sympathize? If they were writing this review, what would they say?

It may be a testament to the rawness of the violence that there were no cheers from the audience each time someone fell in their own blood. Or maybe I didn’t give enough credit to my fellow attendees, figuring that at least one of them would be donning a red cap. Cuarón spends little time fleshing out characters, and for once that seemed to be on purpose. Desierto doesn’t attempt to humanize the victims of violence. Instead, it shows that you shouldn’t need backstories to feel for people who are murdered for crossing an imaginary line. That so many die before we know anything about them highlights how terribly unspectacular these stories are.

Gael García Bernal succeeds in looking terrified for 90 minutes, which proves much more powerful than the awkward monologue about his determination to see his family again. As a gift from his son becomes bait in an escape plan, it is clear that there is no room for sentimentality, only survival. And while the other victims are left mostly anonymous, there are brief moments that portray lesser-known struggles of such a harrowing journey. One woman hints at the sexual abuse she suffered along the way, at the hands of the man hired by her parents to guide her north. The group also included an Afro-Mexican, a figure often invisible in similar border narratives.

It is Jeffrey Dean Morgan’s character that worries me the most. As I watched the film, he struck me as a drunk lunatic with a Confederate flag on his truck and no remorse for murdering people searching for a better life. He is a comic book-like evil villain, telling himself that he is doing good only to justify his actions. But as I was disgusted by him, were others impressed? He looks the the Marlboro man, loves his dog, climbs mountains with ease and is horrifyingly accurate with a sniper rifle. While I see a monster, will others see a hero?

The whole situation reminded me of one of the Gun Free UT rallies from last semester. I got there late and was standing in the back, within earshot of the lone pro-gun protester. While the professors in orange t-shirts cited statistics on gun violence, this man used the same facts to make the case that everyone should be armed. With the current political and social climate, one image can provoke opposite reactions. Desierto is a beautifully-shot film that shows the horrors that immigrants go through as they attempt to cross the border, showing that nobody deserves to be killed for wanting to be with their family. I see that. Will they? 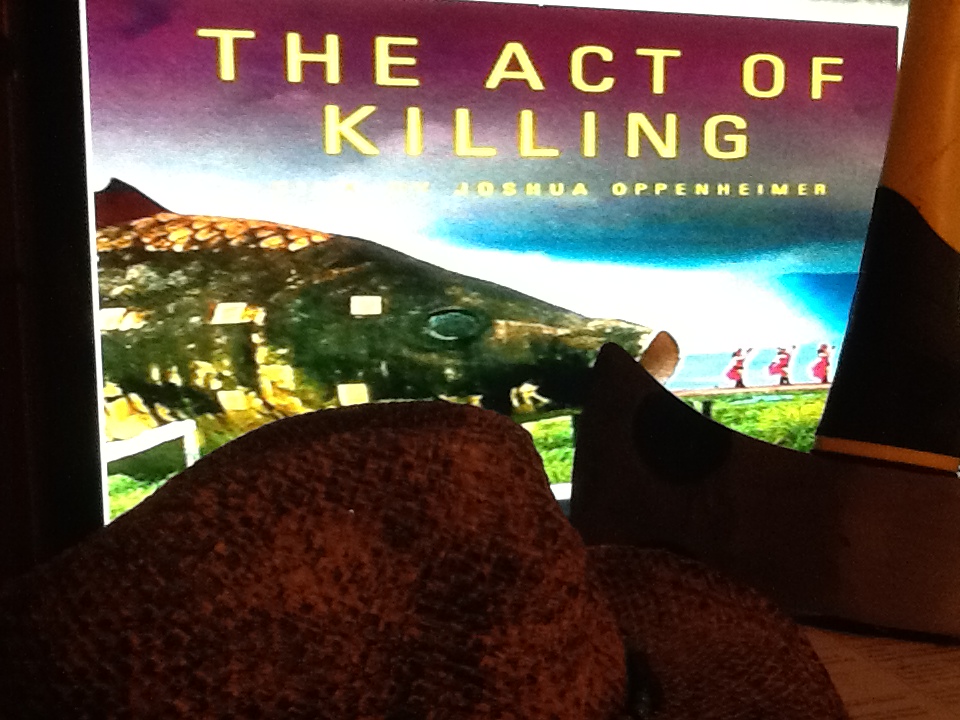