“Oficio de tinieblas” was published in the journal Orígenes in 1944, which was the end of a sort of transition period for the Cuban author, coming after his return to the Americas from a long exile in Paris but before he would complete the major novels that would make him so central to Latin American letters.

“Oficio de tinieblas” is the story of a very eventful year, 1851, in Santiago de Cuba. It starts with the Christmastime funeral of a powerful local, General Enna, and continues through the carnival season, an earthquake, a cholera epidemic, and a quarantine, ending as the Church choirmaster is again starting to practice hymns for the (next) Christmas season.

Or maybe it’s the story of two songs—“La sombra,” a “sad contradanza” by the fictional composer Agüero, and “La Lola,” a raucous street ballad—that wind their way through all of these events, reflecting and inflecting the moods of the city.

Or maybe it’s the story of Panchón, a poor black deliveryman for the orchestra who eventually (spoiler alert!) succumbs to the city’s cholera epidemic.

Like I said, it’s a strange story. It doesn’t have much of a plot, or even, really, characters: Panchón is the closest thing to a traditional protagonist, but he never even says a word. Roberto González Echevarría dismisses “Oficio de tinieblas” in his definitive study of Carpentier, The Pilgrim at Home, and Giovanni Pontiero writes that the story is «marred by certain inherent weaknesses of narrative technique.»

But I love it. Plot and character development are two of Carpentier’s weaknesses, so it’s kind of fun that, in this story, he just does away with all of that. Instead, the reader is left with a string of memorable images. Writing about the malaise that starts the new year, for example, Carpentier tells us that “The hourly tolling at the cathedral softened a little, as if the unexpected January rains had swollen the big bell, taking bronze for wood.” And, in my favorite paragraph, Carpentier describes the year’s carnival season:

Those were sad carnivals, of costumed children alone in deserted streets, of groups dispersed by a sudden downpour; of masks that hid long faces; of costumes of holy obligation. The girls who went to the dances found no beaus. The orchestras played weakly, the musicians with gestures like figures from the mechanical theater. The noisemakers were of bad paper and the cardboard bugles sounded like peacocks. Paper masks, softened by a foul sweat, left a fishy taste on the lips. The confetti hadn’t arrived on time, and in the stores, the false noses grew weary with waiting. One boy, costumed as an angel, found himself so ugly on seeing himself in a mirror that he burst into tears.

The whole story is like this. Often, Carpentier writes about inanimate objects as if they had agency, and writes about people in the passive voice. The result is that the people of Santiago seem moved by forces outside themselves; they become like puppets or, maybe more precisely, like dancers in a well-choreographed ballet. Another of my favorite passages is Carpentier’s description of the earthquake:

And then: that destabilizing of the land, that tremor of a haunch stung by a wasp, that unbalancing of the sidewalks, that opening of the closed and closing of the open. Already running, shouting, calling to the Virgen del Cobre, the city saw that a street had no exit but a young lady’s bedroom or the office of a notary. At the third shock, the furniture joined in the dance. Leaping over the banisters, the armoires gave themselves to flight, spilling from their open bellies entrails of blanket and mantilla. All the dishes exploded at once. The crystals trapped themselves in Persian blinds. Wide cracks, full of combs, cameos, calendars and daguerreotypes, divided themselves into islands while the water from the cisterns, their stops broken, ran towards the port.

In the absence of human characters, the city itself becomes the protagonist.

Come to think of it, that’s probably why I thought of this story on New Year’s in New Orleans—after midnight, as my friends and I left the bar of the Hotel Monteleone, we joined a teeming, Carpentierian movement through the streets of the French Quarter, which seemed to be animated by one unifying, joyful mood. True, the mood was very different than the one that started Santiago’s 1851, but the unification was the same—the confluence of music and weather and the moment, all seeming to act on an entire city at once.

That unification—everybody feeling and doing the same thing at once—is part of what makes holidays so meaningful. By tracing that effect across an entire year, Carpentier is, in a (very) weird way, keeping the holiday spirit alive. Which is why, as funny as it sounds, I’m thinking of making re-reading “Oficio de tinieblas” an annual New Year’s tradition.

[Note: As far as I know, «Oficio de tinieblas» has not been translated into English. The translations in this post are my own.] 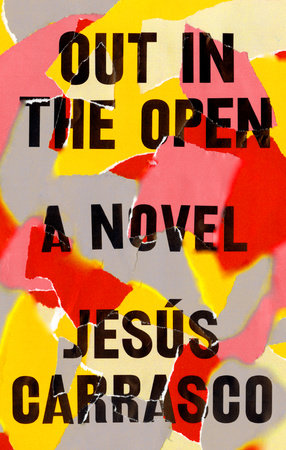 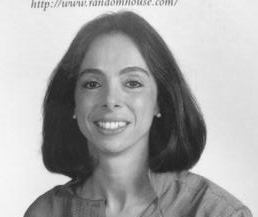