This post is a shamelessly touristic. I wrote it when in Buenos Aires this past summer, as an attempt to see parts of the city I hadn’t yet seen while cloistered in the Biblioteca Nacional. But I wanted to share it anyway. So I will:

I began the day with the romantic notion that I would be following the steps of perhaps the most well-known Argentine writer, Jorge Luis Borges, in an abbreviated circuit around his native city. I ended up with a surprise. Instead of a tribute to his life and the influences on his work, I was reminded of the unstoppable rhythm of change in Buenos Aires, which touches everything, for better or worse.

The plan was to stop at Borges’ childhood home in Palermo, his stomping grounds at the zoo in front of the cats, his home in Recoleta on Maipú, Café Richmond on Calle Florida which he frequented, the old National Library on México where he worked for many years, and Café La Perla where he participated in literary discussions. I knew that at the majority of the sights I would only be taking pictures of a memorial plaque marking his one-time haunt. As for the National Library and La Perla, I knew the original building remained, but its use had been converted.  I was prepared for those changes. However, I found that, like many other cultural and historical markers in the city, those Borgesian footprints that still remain are quickly being erased. 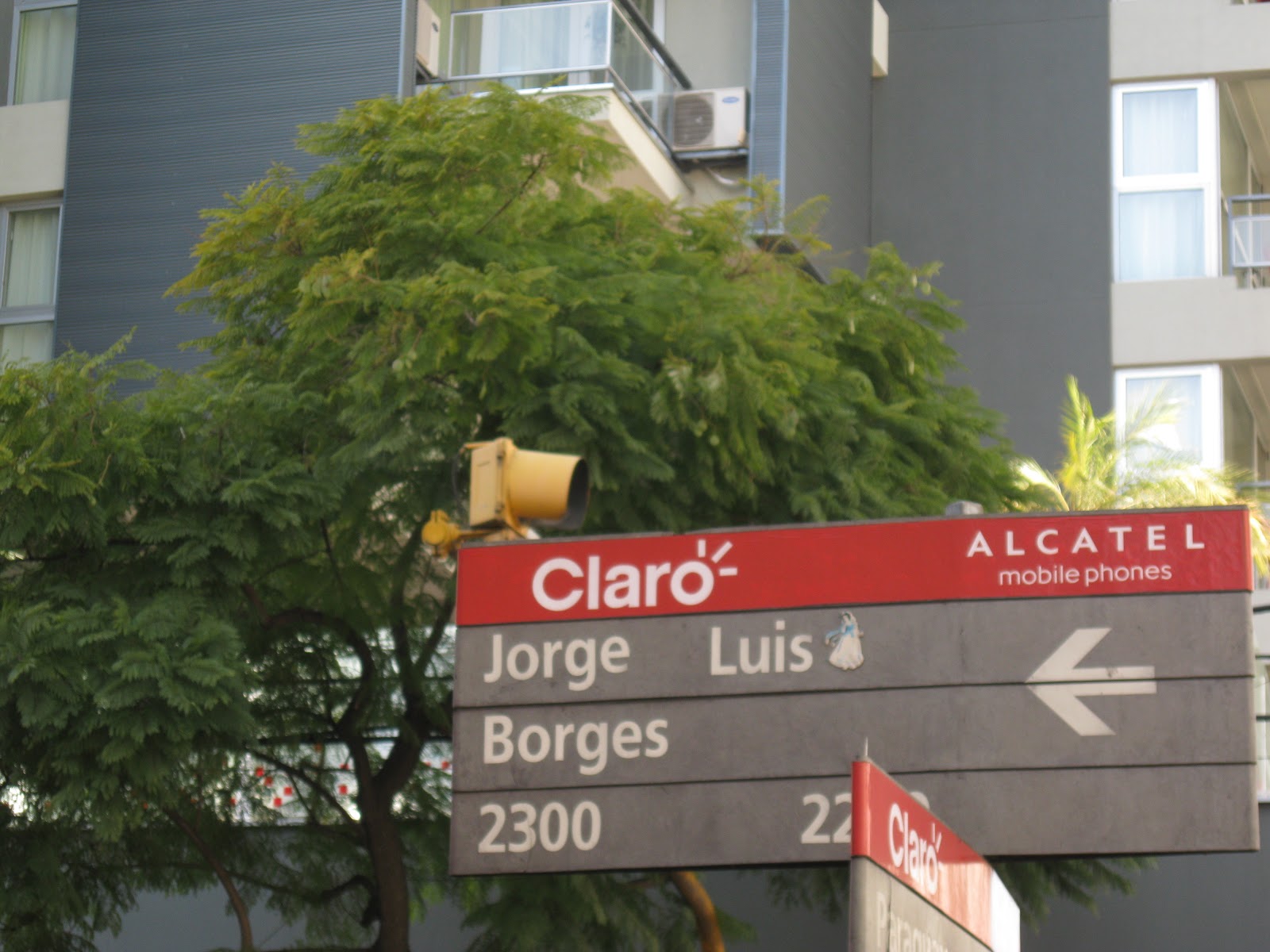 In Palermo, for instance, I strolled along the street Jorge Luis Borges (also called Serrano) until I reached 2135, the address of his childhood home. In Borges’ time, this was the periphery of the city, home to rough and tumble outlaws and frequent knife fights, figures who later populated his imagination and writings (although he was not actually a part of this marginal world and rarely, if ever, a witness). I knew there would be no relics of Palermo’s past, as it now holds the title of Buenos Aires most chic barrio, I hoped to at least see the spot which helped him imagine the underbelly of porteño society. Perhaps I need to brush up on my plaque-finding skills, but I could not find any memorial other than the street sign sponsored by the telephone company Claro. What I noticed instead were the ultra-modern high-rises being constructed next door, replacing late 19th and early 20th century architecture with the drab, cold glass and steel that have begun to plague the neighborhood, and the aesthetically complementary café appropriately named El Aleph.

After passing his former abode at Maipú 994, I decided I would stop at the Café Richmond on the Calle Florida to rest my legs and order a cortado before marching on to San Telmo and the former National Library. Florida, a street which has always been the turf of the well-to-do, still retains its air of wealth and commerce, but instead of aristocratic families taking their evening stroll  or stopping in one of the traditional cafés, the street is now filled with tourists and shoppers hopping between Burger King, Starbucks, and the numerous international chain clothing stores . Café Richmond would have been a peaceful respite from the screaming money-changers offering to buy your dollars at the black market rate and bumbling tourists, but it, like many of Buenos Aires’ older establishments, has lost the battle against Big Macs and Frapuccinos. 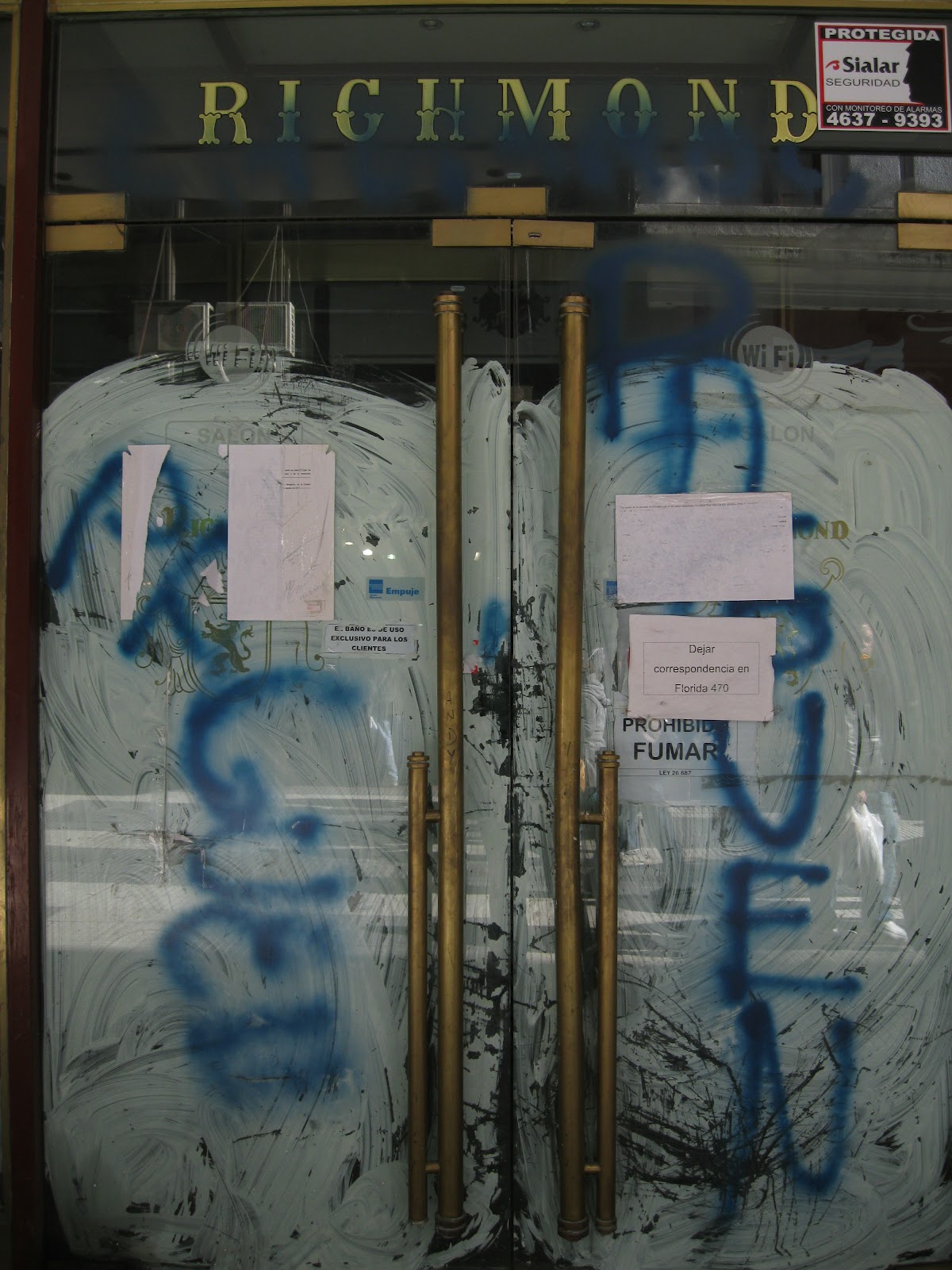 As I mentioned before, I knew the National Library at Mexico 564, now the National Music Center, was no longer functioning as a library. Similarly La Perla, once a café in Once where Borges would join figures such as Macedonio Fernadez and Xul Solar, was later converted into a pizza joint (which then served in the 1960s as the meeting point for pioneers of Argentine rock music).

While the zoo and the plaque at Borges’ adult home at Maipú 994 seemed to remain intact, the tour was a reminder of the writer’s foresight.  Armed with an interactive map of all the major Borgesian landmarks, in the end, it was almost useless, leaving, as Borges would describe, only “despedazadas Ruinas del Mapa”: 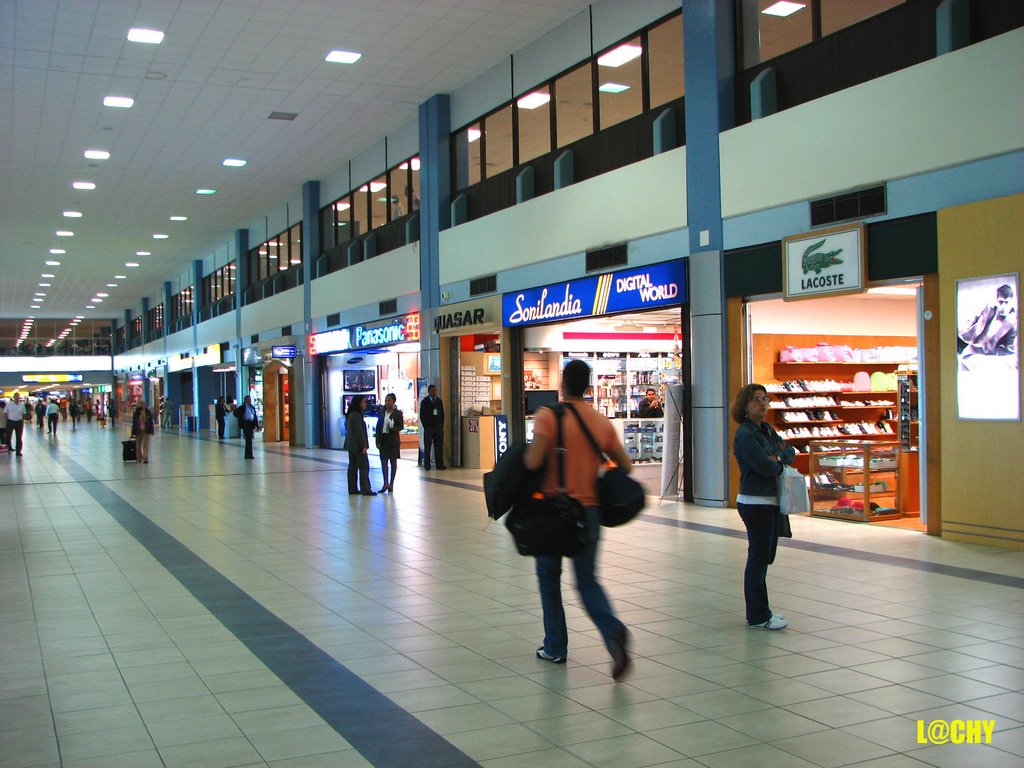 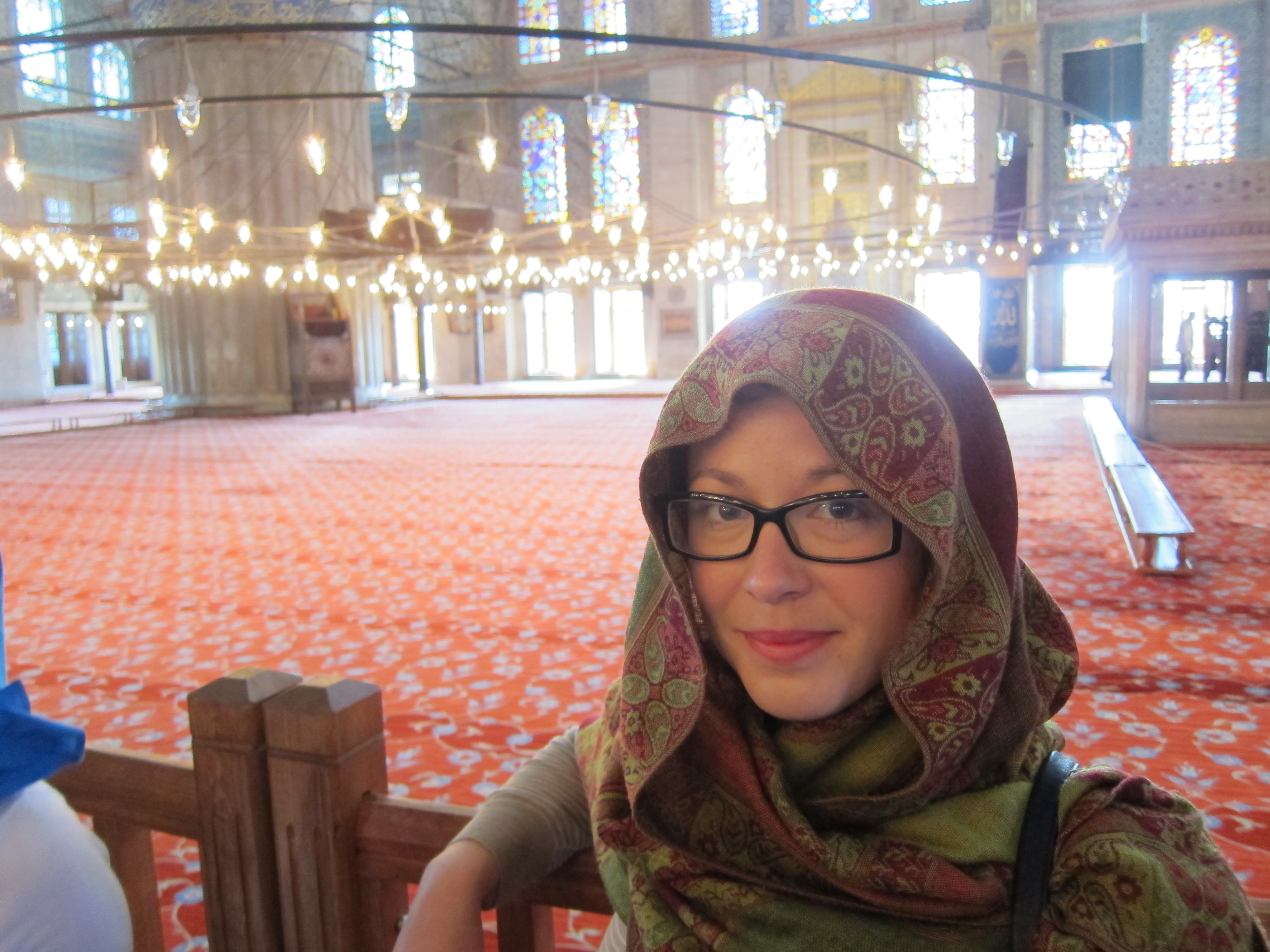