Since the announcement of the first steps towards the normalization of relations between the US and Cuba, every so often notes of «progress» have made their way into the news. Very few people (save a number of Southern Florida politicians) would argue against dropping the ineffective and outdated economic embargo or reestablishing diplomatic ties, though that does not mean that restoring US-Cuban relations will be an easy fix.

While it will take a while for politicians on both sides to agree to terms, many are looking to American businesses to get the ball rolling. First, Netflix announced an opening of its services in Cuba, despite the seemingly prohibitive nature of Internet prices and speeds currently on the island. Then, JetBlue announced an expanded chartered flight schedule to Cuba, including flights out of Miami, Ft. Lauderdale and Tampa, with other US airlines planning on taking similar actions. But before everyone gets too excited about US business interests leading Cuba to democracy, it’s important to keep these changes in perspective.

At the end of last January, LLILAS put together a great event called Imagining Cuba in the Post-Embargo Era: Ideas from the Cuban Diaspora in Texas. Though the panel offered a variety of perspectives and backgrounds, the participants’ statements were linked by one common sentiment- an uneasiness about proclaiming Obama’s move as a success. For all of them, there were many issues hidden within this supposed political victory.

Jorge Piñon, an expert on Cuban energy and economics, reminded everyone that on January 20, 2018, the day a new US president is inaugurated, all of the political progress made with Cuba could easily be erased.  Martha Montejo Pizarro, a Cuban journalist, editor and current instructor of Hispanic Studies at Texas A&M, warned the audience to not get caught up in the hype surrounding this decision, and to ask more of the Cuban government. She wrote

As Michael Hernandez-Miranda, a Cuban poet, essayist and current graduate student at Texas A&M, put it:

The initial agreements between the governments of Obama and Castro leave us all out in the open, in a schizoid position that should make us, on one hand, not exaggerate facts, and, on the other, avoid the question of who has won here. At a symbolic level, it would seem that the winner is the Cuban Government. But how to translate that relative victory in concrete political terms? In the bottom, what has been put into crisis is the persistence of a romantic idea of transition, the one that places all us who love freedom in the position of severe judges dealing with unrepentant war criminals.Today those criminals are consolidating the maneuverability needed to execute their own idea of transition, the one in which false change serves as a warranty for everything to remain unchanged.

Poet and filmmaker Leonardo Guevara Navarro asked the audience to think about how the opening of economic relations will affect the Afro-Cuban population, especially those who do not have family members to can send them Dollars or Euros. How will the arrival of Walmart and Home Depot affect them?

Economic or technological advancement do not necessarily mean increased political freedom. Cuban writer Orlando Luís Pardo Lazo explores this gap in the story «Todas las noches la noche,» from his 2009 collection Boring Home. Imagining Cuba in the 22nd century, Pardo Lazo envisions a Havana full of luxuries– fine wine, automatic elevators, even a fully-functional subway system. But despite these signs of progress, little has changed in terms of personal liberties. The narrator feels sicker every day, too afraid to be intimate with his girlfriend out of fear of government surveillance. Holograms and 3-D televisions only highlight the emptiness within these technological and economic advancements. Despite the Cuban tourism industry’s proclamation of a «Brave New Habana,» Pardo Lazo paints a scene in which very little has changed.

Within the current context of US-Cuban relations, the message of «Todas las noche la noche» becomes even clearer. We can not let «ample legroom» and binge sessions of «Orange is the New Black» distract us from the larger issues. Opening up economic and diplomatic relations between the US and Cuba will mean nothing if the lives of Cubans do not improve. Instead of being satisfied with «progress», we must demand more from both sides of these negotiations. 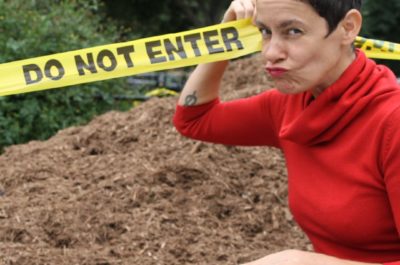