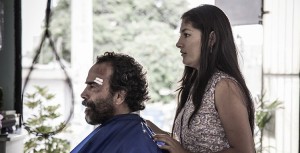 In his new film Magallanes (2015), director Salvador del Solar fixates on the eyes of his actors, each time using closeups and extreme closeups to suggest a variety of ambiguous feelings as his characters try to come to terms with an unspeakably violent past and their part in it. The movie begins with an extreme closeup of two eyes framed for us in a car’s rearview mirror; they register something strong, but it is unclear what exactly: subservience? pain? guilt? A reverse shot shows us a new face (the first shot of the rearview mirror was then perhaps a POV shot from here); these two new eyes are striking, bright blue in color, almost translucent and unmoving, again conveying something difficult to process: power? dementia? blindness? apathy? fatigue? Soon the film will begin to explain the relationship of these two characters locked in a stare: a chauffeur (Damián Alcázar) and his boss (Federico Luppi), an ex-colonial of Peru’s military regime.

The chauffeur drops him off and quickly becomes a cab driver (pasting a temporary “TAXI” sticker on the windshield). As he goes about his job, the exchange of glances through the rearview mirror is repeated with variations. He looks back, and sees a different pair of eyes (one of which is scarred, almost bleeding from its corner); his reaction is perplexing: he hides his face from hers so that she can’t see his eyes reflecting back at her. The opening of this film is expertly constructed, presenting the protagonists with hardly any dialogue, suggesting a complex relationship, but offering only questions, no answers.

Magallanes presents the day-to-day life of these characters in today’s Lima, but the key “plot points” of the movie (not really a spoiler: they’re all bad news) take place in the film’s past and are never shown explicitly. In the first half of the film, Solar alludes to the past using a variety of narrative strategies: dreamlike imagery (of the chauffeur surrounded by blue sky); scraps of photos and clippings (that the chaffeur pages through in a hurry); but mostly it is up to the viewer to make the connection between these characters shown in the present and their past selves (how do they relate now? and knowing that, what were they to each other back then in the dictatorial past?)

Because this is a fairly conventional-type movie (nominated for the Goya award, the “Spanish Oscar”), eventually the film’s “past” will be spelled out enough for us to understand why everyone has been acting the way they have. Conventional or not, the climactic scenes of recognition (played to Greek-tragedy levels of build-up and release) are extremely well performed by the actors and this film delivers its emotional catharsis as intended. 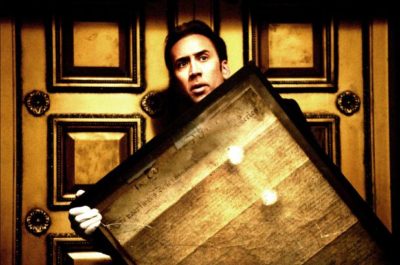 Scientific Research, Archiving Tools, and Nicholas Cage: An Interview with the Library of Congress’s Preservation Program