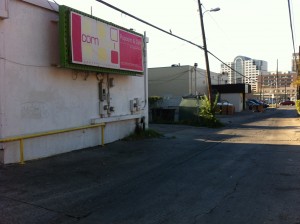 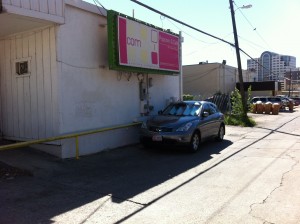 People: Occasional homeless, employees of any of the above businesses, Usually uninhabited. 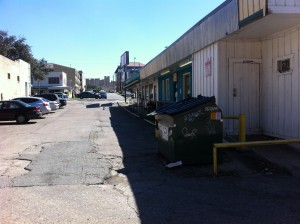 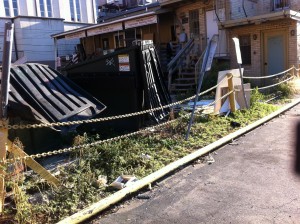 Transit: Yes. In cars or walking. Alleyways are by nature places of movement/motion 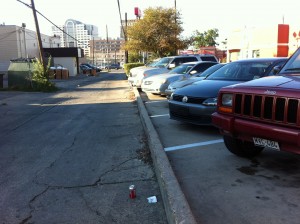 Mediation: Car Windows: most people experience the alleyway in their car, either driving through or waiting in line at McDonald’s. I experienced it through the screen of my phone. 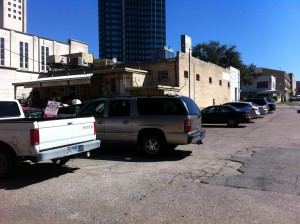 I think that alleyways are pretty universally recognized as invisible spaces. They cover up the backsides of businesses so that storefronts can look welcoming and inviting. And the hide all sorts of dirty deeds that humans would shy away from performing on busier streets. They’re where we dump trash, where people urinate or throw up if they’ve drunk too much on a night out. They’re places where people get raped, mugged, or shot. Where bodies get dumped. These sorts of actions performed in the alleyway contribute to its status as a marginalized space within the city, as does the presence of trash (both inside trash receptacles and uncontained by them). But ultimately the fact that people experience alleyways firmly as spaces of transit—spaces to be moved through and not present within—marks them as invisible. 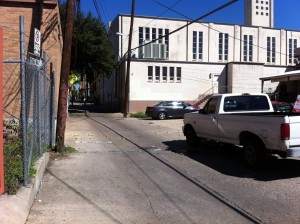 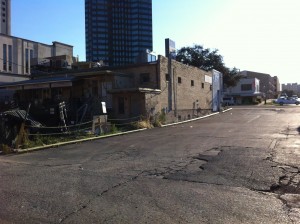 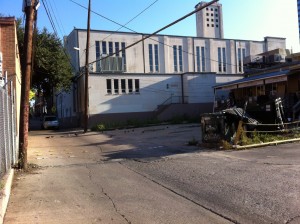