Power Is Not Forthcoming: Q & A Session with Junot Díaz

In response to an experienced UT faculty member’s question about what pedagogical practices professors can use to help students understand the importance of race, community activism, and intellectual development, Junot Díaz explained that we must fight for “Gandalf victories.” This was not the first time that Junot Díaz made a Lord of the Rings reference during his Q & A session with University of Texas faculty and students, but for me it was impactful. He explained that by “Gandalf victories” he meant those little victories that maintain hope in the face of disparaging odds. Díaz spoke about educational systems, capitalist advertising campaigns, and busy schedules that keep young people from asking questions about their situations or imagining ways to change these regimes of power. The UT faculty member that asked about practical pedagogical methods expressed frustration at feeling that like they were not “reaching” all their students. Díaz said that we are fighting a rearguard battle and that “1 out of 20 is a vast victory. 1 in 20, good Gandalf.” Now that’s not to say that professors shouldn’t or aren’t trying to reach all those students but he reminded those present to keep hope in spite of the systemic odds stacked against the students and instructors. He closed the discussion on this topic by saying that “Power is not forthcoming.” He emphasized the importance that survival plays, the importance of teaching with the Gandalf-like hope that one of the students we teach will be a pivotal individual for change. “This is a molecular effort,” Díaz explained, pointing out that change might not happen now and in the moment that defeat seems imminent that hoping and maintaining our places can be a victory: “There is survival shit happening even when we are feeling defeated.”

I start with these pedagogical tips that Junot Díaz learned from Gandalf and shared with us because I feel that they contextualize how to use and share the other things that were discussed at the Q & A session. The preceding discussion also sums up how I feel when I read Junot Díaz’s writing. I feel instructed, entertained, and saddened but with a tinge of hope. That said, it is a rather LOTR-like experience to read Díaz. But I will refrain from nerding-out and going into a full LOTR / Junot Díaz diatribe (although I think that could be extremely fun and enlightening [has anyone done this yet?]).

From here on out I will attempt to do the Q & A session justice. I apologize now for anything I leave out or for the parts I don’t fully capture in all their awesomeness.

Díaz’s Q & A session spanned a broad array of topics but one of the most important topics was White Supremacy. This topic was brought up as a response to the first question of the session that dealt with the common idea that we are living in a “post-race” America. Díaz pointed out that as he spoke about White Supremacy that he was not speaking about “white people” but about a regime that puts that humanity of non-white individuals into question. For Díaz one of his greatest concerns is the diminishing importance of race. He called the practice of capitalizing on race (he even pointed out how academics do this) as opposed to living race as a “tricknology” that deactivates race and raises suspicions about anyone who tries to meaningfully talk about it. He called the idea of a post-racial America a “consensual aberrant hallucination” and a cultural buy-in that not only diminishes the power of race but, more dangerously, tries to hide the existence of White Supremacy. This situation means that culturally we are committed to the idea that race isn’t happening, and thus even the most basic conversations about race are impossible. Díaz explained that as we fall to the “negative hallucination” that race doesn’t exist we are supporting the current regime of White Supremacy. Recalling his experience as a community activist, Díaz said that in the 80s people were at least honest about the situation. He said, «In the 80s people were like ‘fuck black people’ and some people were like ‘no, fuck white supremacy.’” Returning to his literary favorites, Díaz said that Harry Potter and Lord of the Rings have never been so relevant since talking about White Supremacy is taboo, like naming He-Who-Shall-Not-Be-Named or the Dark Lord Sauron.

To illustrate how the regime of White Supremacy is inflicted on individual bodies Díaz spoke about his visits to pharmacies and dermatology clinics around the world where skin bleaching products are in high demand. He said, “Skin whitening products are the bleeding spear tip of coloniality.” The regime is so powerful and dominant that it has people all around the world seeking out ways to physically change themselves. Díaz made two very impactful statements on this point:

Where the hammer of White Supremacy lands is our imaginary and body.

Sauron, the gothic dark lord, could never have imagined a more cruel regime. He had to make orcs, but we will make ourselves.

Díaz made clear that even the imaginaries of our academic fields have been distorted. He noted that recently he had found professional publications about race that didn’t mentioned White Supremacy at all. He even challenged those present to give two operational examples of White Supremacy. He said that if you couldn’t you should return your undergraduate degree. He emphasized that even discussing the concept of “race” is a function/fiction of White Supremacy. Díaz clarified that White Supremacy was like the One Ring of Power from LOTR and then quoted its inscription, “One Ring to rule them all, One ring to find them; One ring to bring them all, and in the darkness bind them.” He signaled that in this way people of color are both practitioners and victims of White Supremacy as well. To close the question he recommended that if you hadn’t already read Anibal Quijano’s “Coloniality of Power, Eurocentrism, and Latin America” that you must.

Next Junot Díaz addressed a question specifically about Dominican identity and its resistance to being “black” but its inclusion in discriminatory practices. Díaz discussed the “strategic identities” that many individuals have developed and that work in different ways according to the circumstances in which the person finds themself. The case of Dominican identity (and many other Afro-descendant identities) is that it does not conform to Imperial Blackness. Díaz described Imperial Blackness as a hegemonic idea of how blackness is deployed. He closed this portion of the Q & A by saying,

Just because we live in the 1st world doesn’t mean we have all the answers.

One of the last questions asked was about how the genre of Science Fiction can illuminate questions of immigration, race and history. Díaz spoke of future imaginaries and how Sci Fi allows writers and readers to confront an estranged present. This approach to contemporary conflicts allows us to have conversations about sensitive topics without triggering built-in defenses. Díaz recognized the impoverishment of our historical consciousness as well as the weakness of our “future muscles” for imagining a future that has not been fed to us.

Once the Q & A session was over I had the opportunity to thank Junot Díaz for coming and get my copy of This Is How You Lose Her signed. As I sat through the session I didn’t have any note paper so I wrote my notes out in the back cover of the book. Looking at the autograph and the notes now I can say that as cool as the autograph is the notes in the back of the book are of much greater value. 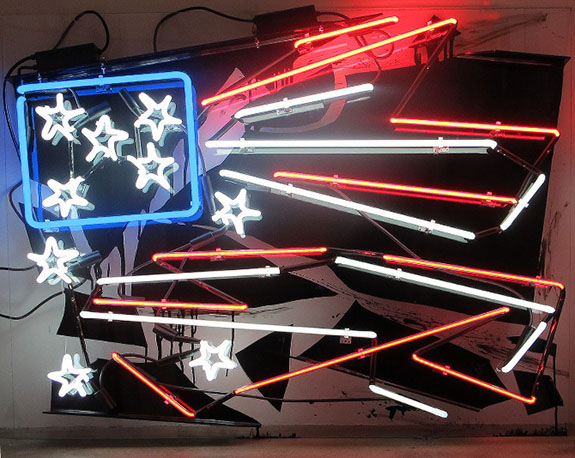