[If you don’t read this entire post just check out this animated video about the drug cartel violence in Mexico, then look up Marcela Turati’s book and finally learn how to deal with what you watch and read with Trauma and Recovery 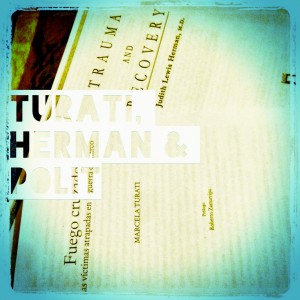 Turati’s book creates a space for the individual stories of survivors to be told alongside the media coverage certain events received and carries the stories through to their all too often lack of conclusion. Turati reveals how many violent acts were carried out by Mexican military battalions against innocents and that very few of these horrendous attacks have resulted in anyone being held responsible or punished for them.

While these testimonies are difficult to bear (even as a reader distanced from the events through space, time, language and representation) they can been considered a type of therapeutic «desahogo» through which the individuals can obtain recognition and attempt to construct a narrative of the events that can lead to change. This change may occur at the level of the individual reader but sharing with even a single individual can be a part of the process confronting the trauma.

Together with text of Turati we read a section of Judith Lewis Herman’s book Trauma and Recovery (1992). In the chapter on terror Herman discusses how «traumatic reactions occur when action is of no avail.» This inability to act can be compounded by the  lack of an outlet or power to communicate the trauma and texts like Turati’s can serve as spaces of action for survivors. Herman also speaks about the fragmentation that happens as a result of trauma and feelings of isolation that keep the individuals from finding meaning in normal interactions. As Turati creates connections between individual testimonies and national and international media texts and political events she shows that it is possible to re-connect these stories of violence and suffering with the larger marco-systems.

These readings worked extremely well together. For anyone interested in learning more about the situation in Mexico and the international processes that combine to create such   dire conditions you can watch this animated primer on Mexican drug cartel violence. Although the situation is much more complex than what is presented in this short video it is a starting point to understanding. I would recommend Turati’s text as a micro-history of these events from the voices of those most vulnerable to the violence wrought by both the cartels and the Mexican military. 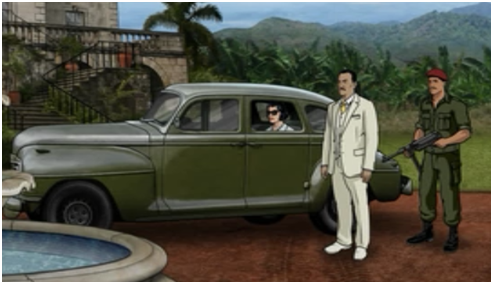