This is a follow-up to Megan’s beautiful post on Borges’ Buenos Aires. I can’t afford a trip to Argentina, so where she sought traces of the writer in his home city, I’m going to follow his ghost around Austin, which was one of his favorite cities in the US.

To be sure, this is a different exercise than Megan’s. But maybe it’s just as valuable. I’ve lived in Austin for almost nine years: four as an undergraduate and then, after a stint in Houston, four and a half more while I’ve worked on my PhD. I love this city, but I sometimes miss the sense of wonder that I had when I was a eighteen-year-old freshman walking through West Campus and marveling at the all of the youth and energy and all the ways the city offered itself to my newfound, adult, freedom.

For Borges, this was always a place of wonder. Miguel Enguidános—on faculty here when Borges arrived—wrote in the introduction to El hacedor that, “Texas was, for him, an epic-laden dream.”  Borges came as a visiting professor in 1961 and left in early 1962. He came back several times for short visits, but still, that’s not a lot of time. And yet Austin and Texas kept showing up in his writings over the next two decades. There’s the short story “The Bribe,” (“El soborno,” 1975) set on the UT campus. There’s the sonnet, “Texas” (1967), in which Borges expresses his surprise at finding so many similarities between my home and his. In another poem, Borges calls Austin the city through which he “discovered America.” And then there’s Paul Theroux’s interview with Borges, as described in The Old Patagonia Express. As Peter LaSalle puts it, “Borges started talking about Texas almost as soon as Theroux got through the door to his apartment. Borges asked him if he was familiar with Austin, Theroux said no, and Borges chided him for having missed it on his trip: ‘You should have gone to Austin.’

So if anyone can help me see the city through new eyes, it’s Borges.

At around 10:30 on a sunny Monday morning, I head out of the Perry-Castañeda Library, UT’s echo of Borges’ Library of Babel, and cross 21st Street.

I pass Benedict Hall, the current home of the Spanish & Portuguese Department (and Pterodáctilo) and head to Batts, the department’s old home. That’s where Borges had his office in 1961. Enguidános tells us that on his arrival, “within a week there was talk about Borges, with Borges, because of Borges, and for Borges in every corridor of Batts Hall.”

Some of that talk must have permeated the walls, must remain somewhere under the latest layer of paint. The trouble is, I’m not sure exactly where to find it. And I don’t know which office was his, so I can’t check its door for scuffmarks or anything like that. And, anyway, the whole building has been renovated, multiple times, since he was here. Maybe nothing’s left.

There is this 2nd story patio, overlooking the lawn of the six-pack. I’ve brought my lunch here many times on nice days, but never thought that Borges might have done the same, or might have sat on these benches, smoking with colleagues. For now, I’ll have to content myself with that image.

Across the lawn is Parlin Hall, the home of the English Department and the setting of “The Bribe.” The inside of Parlin is a little less modern, a little mustier than Batts, and it’s easier to imagine its classrooms as the spaces where Borges might have taught.

“The Bribe” is a story of two English professors who play on each other’s vanity to gain professional advantage. It might tell us something about Borges’ relationship with the university: as this critic suggests, Borges and UT may have agreed to promote each other. In any case, the story pokes fun at academic pretension in the US, and I wonder how it was received by Borges’ former colleagues in the Spanish department.

After Parlin, I head through Sutton Hall, another beautiful old building, and continue on to the section of Guadalupe Street known as the Drag. I need coffee.

Maybe this is cheating, because Medici wasn’t here when Borges was; it wasn’t even here when I was an undergrad. But the Drag has always had a place where students and writers could occupy tables for hours, drinking and talking and reading.

In Borges’ day, that place was a diner called the Night Hawk. That’s where the two fictional professors in “The Bribe” meet and size each other up; it’s the only Austin landmark specifically mentioned in the story. The Night Hawk was a big part of Austin’s identity in the early sixties. Here’s Kinky Friedman reminiscing:

The Night Hawk. For me, it is redolent of the dreams of youth and the smoke of life. In the early sixties I would sit with my college friends at the Night Hawk on the Drag, or the Plantation Restaurant or Uncle Van’s Pancake House, now long-dead places of business and enlightenment that exist only as smoky little rooms of the soul, where we drank endless cups of blue coffee and solved the problems of the world as we knew it.

I checked: Kinky enrolled at UT in 1963, so he never shared the Night Hawk’s smoky air with Borges. And Janis Joplin, who also would have frequented the Night Hawk, started in 1962. This is a shame—nothing could be cooler, or weirder, than to imagine those three in the same place at the same time.

Today we’ve got Medici. You can still get strong coffee; instead of diner food you can buy Taco Deli breakfast tacos until they sell out.

Not many businesses are left on the Drag from Borges’ first stay. One that has lasted is Dirty Martin’s (also known as Martin’s Kum-Bak), a burger stand at the far north end of the Drag. I have no evidence that Borges visited Dirty Martin’s except for his enthusiasm for Austin and for the exotica of American popular culture. If he did come here, I’m sure he would have flipped for the buttered-bun cheeseburgers and the spice-dusted fries. On my way out, I check the hallway that leads to the bathroom to see if they’ve got a signed picture of Borges up. Earl Campbell? Check. Jorge Luis Borges? No such luck.

Heading back down the Drag, I try to imagine what Borges might have seen in 1961. Guadalupe Street, like Heraclitus’ river, is both always and never the same. Few businesses remain from Borges’ first trip to town—even the Wooten Barbershop (est. 1964) postdates his stay. There were fewer national chains back then, but the mix of businesses was probably about the same: cheap eats, specialty shops, and a drugstore or two. The Drag probably smelled about the same, and sounded about the same, which is important since, when Borges came back in the ‘70s and ‘80s, he was blind as a bat.

In one sense, this was a mundane morning: a walk around campus, some coffee, and lunch. But in another sense, my little tour accomplished what I hoped. In The Art of Travel, Alain de Botton writes that “If only we could apply a traveling mind-set to our own locales, we might find these places becoming no less interesting than, say, the high mountain passes and butterfly-filled jungles of Humboldt’s South America.” Heading back to the PCL and back to my dissertation, Borges has helped me find that traveling mind-set and, for a couple of hours, turned the city into something new and strange.

Still, I do wish I could afford a ticket to Buenos Aires. 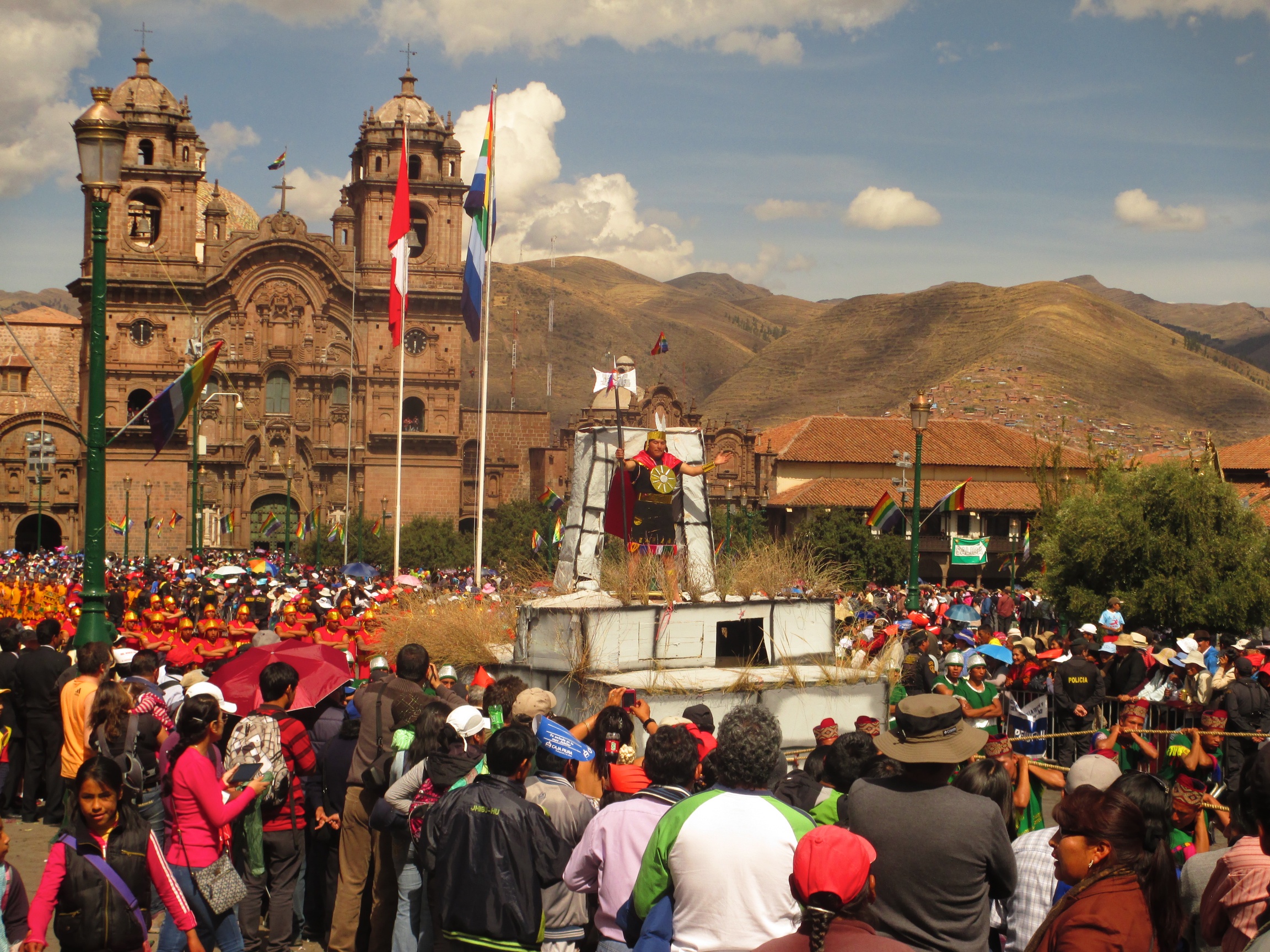 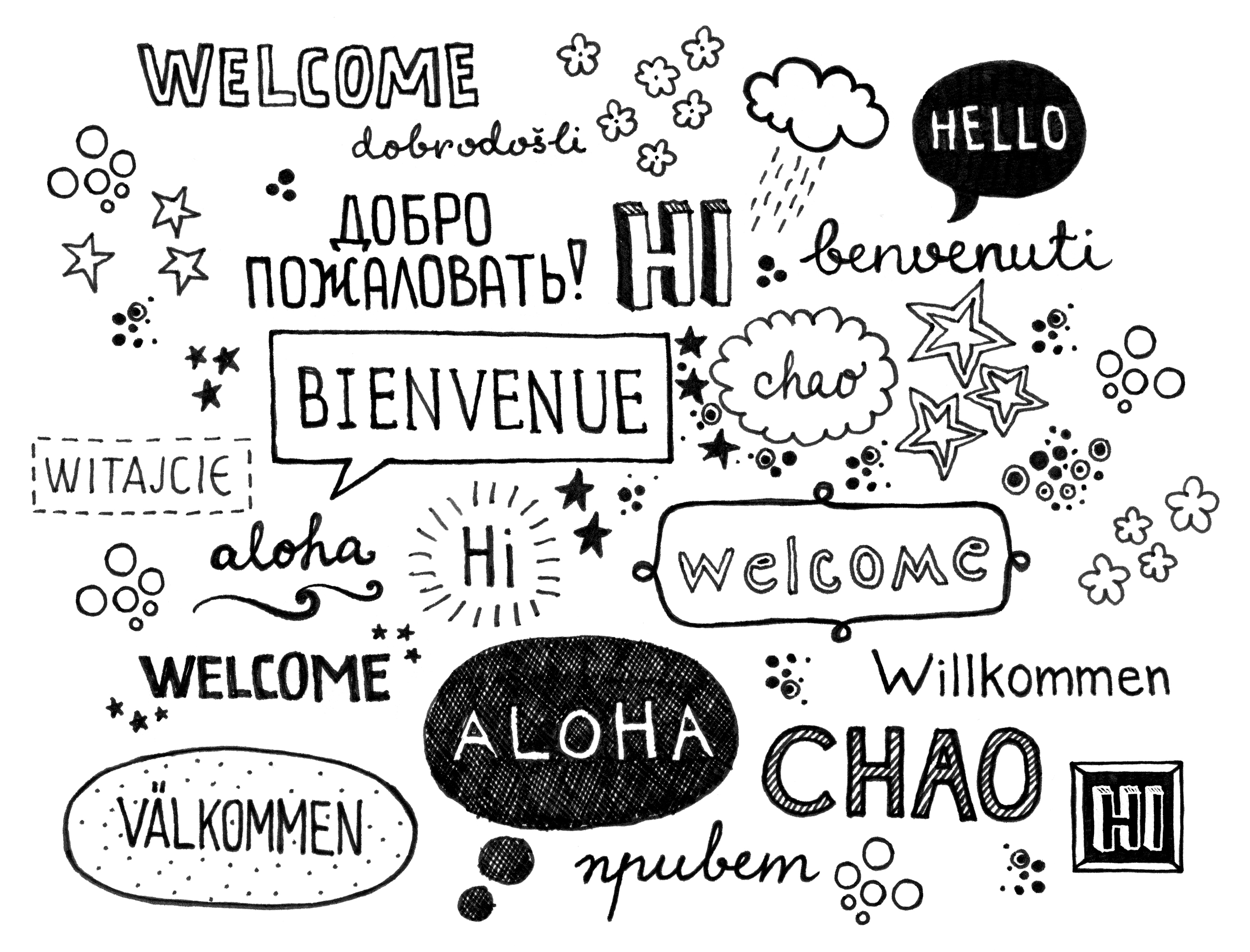