Healing Practices in Feminism: A Story

Feminism keeps breaking (up with) me…

Dr. Omi Osun Joni Jones says in her talk six rules for allies that «patience is not a political strategy.» I feel that statement so true in many ways, including feminism. And yet, I keep hearing that I should be grateful for the small steps that the world takes to equity. I know we are not perfect, but… how much do you think we need to intervene and speak up until something radical happens?

Almost ten years ago, when I identified myself as trans, I found in different feminist groups hostility and tensions towards the activist and trans art groups to which I belonged in Bogotá, Colombia. I got tired, and for a while, I dedicated myself to writing and doing performance while studying gender theories and feminisms of different types, especially in the intersection with race, and thinking about technology (the cyborg).

During these years, I learned that feminisms have changed. I learned that identity-based feminisms (the idea that feminism is only of women, which usually means cisgender privileged women) fall short and that it is more about causes shared among many, such as ending racialized gender violence, discrimination, patriarchal capitalism, binarism, etc.; struggles that generate feminist groups that unite and disintegrate, that grow, diminish, change, flow.

Already living in the United States, I tried again and approached feminist groups in México, Spain, and Austin. I experienced difficulties again. Many feminist groups I encountered kept talking about the emancipation of the vagina as the only political discourse. Many colleagues insisted on telling me I am a woman and talking to me in feminine, although everywhere I talk about how I identify myself. It’s not just about pronouns, for sure. They don’t want to see me outside the category of women, and since they don’t want to, they don’t advance in inclusive language either. Hence, I became more insistent, which created tensions. Deep down, I would have no problem using the feminine plural in Spanish for every occasion if I knew that my identity is seen and respected, but it is not. The consequence of my insistence was that I felt left out again, not knowing who to conspire and sad, bitter, with fights and uncomfortable situations, when what I wanted was to be creating and agitating.

In December 2019, I took part in the performance «un violador en tu camino» at UT Austin. That movement was so inspiring. I wanted to be part of that; I needed it. But I felt a little… outside. I was the only openly trans person present. The collective who started the movement uses the term «women and dissent» that many have adopted, and that is a step forward. However, the term continues to generate divisions. It remains based on identity (besides, the underlying idea is that not cis people are the dissidents, but many trans people do not identify themselves as dissidents of anything, they are simply men or women, that’s it). Why should we be the “&” in the movement? I have also seen in different places the use of the term «dissident bodies,» but it also seems complicated. Being regarded as a human being and not a thing/piece of meat is a privilege; it is not a given for racialized people (let’s just think about the history of slavery and colonization). That is why it is problematic when people (often cis and/or white) use that category over others.

More recently, I offered a comment acknowledging the importance of the political statements and celebrations of different cultures in the J Lo and Shakira’s Super Bowl performance but also addressed how it falls short on the inclusive representation of the Latinx community. I wanted to talk about anti-blackness and white privilege. As Dr. Petra Rivera-Rideau asks in her article: “How effective is this unity when only those Latinos who are white enough to be easily assimilated into U.S. society are included?”. What I received, among others, were strong negative responses from Latinas (white enough to say what she said). One of them told me the show was perfect, and when I asked her “perfect for whom?» she said, «for me, a feminist woman that is also a Latina mother.» Can you see it? Another feminist that believes that feminism seeks equality and liberation for certain people with specific bodies and particular looks but not for others.

Feminism. Why do you keep breaking (up with) me?

Here is for the testimony that we can do things differently and that conflict with love can lead us to better places. Here is for us to be really feminists.

It is exhausting leaving feminist spaces when they can’t include us trans folx or folx that should be present and are not (cis Black women, cis indigenous women, women with different abilities). I am also unable to stay in spaces that can’t sustain our presence when we are the one only trans doing all the explaining and emotional labor, or due to micro-aggressions. Anyone who has been through this knows that, in the end, you are left with a broken heart and no company. You burn out of interrupting everyone all the time to say that you also exist, that you are even there, and that some others are not present either.

Some months ago, when I was feeling disappointed and had a moment of hope, I wrote a prayer:

My prayer, for now, is to find a collective path less difficult, more cheerful, less laborious. I don’t see that alternative in my mind now, but my imagination is limited, and what I hold on to now is faith. Faith in the love we have for each other. I hope that my prayers flourish in species of a thousand colors, a thousand flavors, thousands of facets. I hope we bloom together.

My prayer was answered.

Last week there was a panel named Romance and Dating Under Patriarchy: Some feminist reflections about “El violador eres tú”. When I saw the lineup for the panel (which included friends of mine with whom we performed), I felt deeply disappointed. As a portrait of feminism, it replicated the issues I’ve been struggling with until today.

Because I’m not here to be patient, I decided to write to the organizers while I was also talking with some friends that were part of the panel. Some of the responses were disappointing, some others hopeful, and I also got support from professor Gloria González who extended her allyship and invited me to be part of the talk. Because my presence would only add another blanco-mestizx presence, I decided to organize another discussion another time and support my friends as an audience member. My hopes where low. On the day of the panel, I was agitated and scared of being re-wounded.

But the miracle happened.

The people invited to the panel (and three other womxn that, with their presence, did the space more inclusive) read a manifesto of why the event replicated some power dynamics that feminism needs to avoid and opened the conversation for all of us present. After a scary silence, I decided to talk first. I felt the need to be accountable since I was partially responsible for shaking things up. I just plainly said how what they did was so healing and inspiring. I was full of gratitude and admiration. Deconstructing this panel took a lot of effort and constructive conversations for the ones involved. We ended up opening our hearts and telling our stories for two hours that felt pretty much like an alternate dimension. I felt the shift from fear (of destroying without creating) to hope (for what manifested). It was beautiful.

Here is to the testimony that we can do things differently, and that conflict with love can lead us to better places. Here is to us being real feminists. 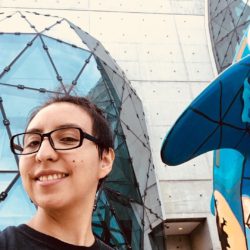 Siri Gurudev
Siri Gurudev (D.C. Hernandez) is a Colombian Ph.D. candidate in the Performance as Public Practice program at UT Austin who develops as a writer, performer, activist and researcher. Theirs research focuses on performance art and gender systems specially non-binary and trans identities.

Siri received a B.A. in Philosophy as well as a B.A. in Literary Studies, which they finished in São Paulo. Then, they completed an M.A.F. in Creative Writing which resulted in the publishing of theirs first novel, The Future of Ismael (Ediciones B, 2017), an experimental sci-fi love story with transgender characters. 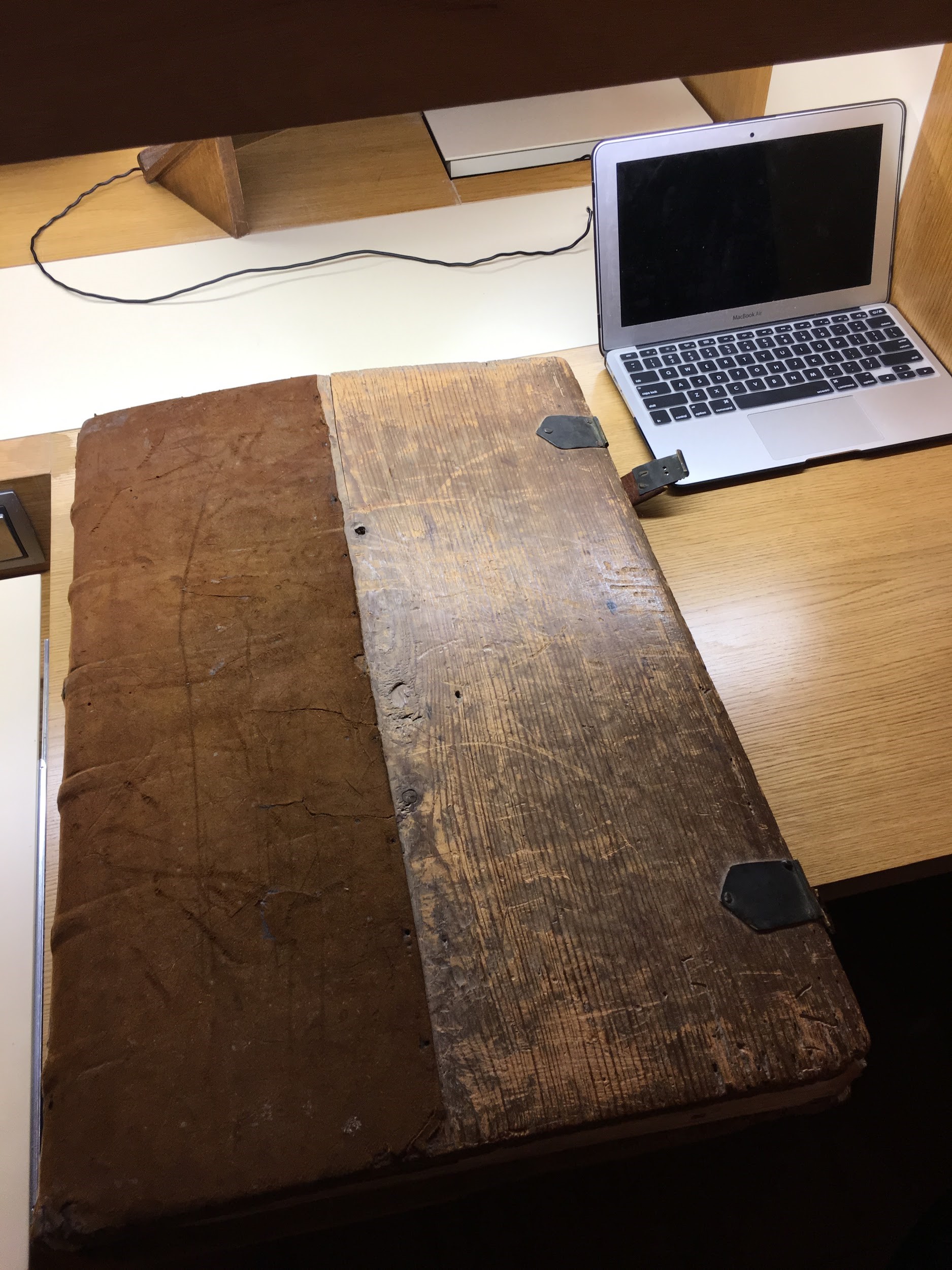 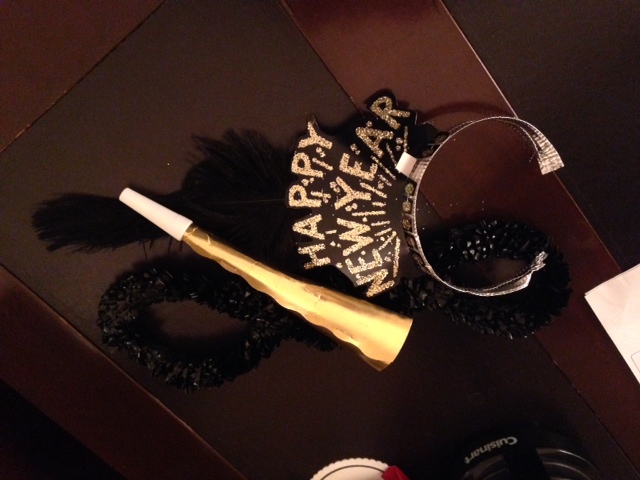