The theme of the XXII Graduate Colloquium, “Fronteras, Borderlands, Travessias,” held at the University of Texas at Austin on March 24-26, 2016, brought together graduate scholars from a variety of disciplines whose work addresses the linguistic and creative expressions that reflect bordered subjectivities, life in the borderlands, and the crossing of geopolitical, linguistic, cultural and disciplinary boundaries. The talks featured in these proceedings reflect questions on the role of language practices in advocacy and education (Martinez, Nuñez, Pallais), the (de)colonizing possibilities in the travel and translation of audio, visual and literary aesthetics (Díaz Martín, Ramirez Cantu, Zheng), literary representations of subjects caught in the interstices of violence (Montero), the politics of representing women’s South to North migrant experiences (Neace), and the literary construction of border identities (Rigonato, Smith, Zavala). I wish to acknowledge the writers and editors that contributed to the realization of this publication. Thank you for your diligent and attentive work! A special thank you to Dr. Glenn A. Martínez for sharing his keynote talk that adequately set the tone for our gathering and for this publication. Thank you to Dr. Jossiana Arroyo-Martínez, Dr. Jason Borge, and the staff at Pterodáctilo for supporting this project. Finally a warm thank you and abrazo to the many committee members, volunteers, and participants of the Colloquium. This was a labor of love.-C/S

For the complete Proceedings of the XXII Graduate Colloquium of Iberian and Latin American Languages and Cultures, CLICK HERE. 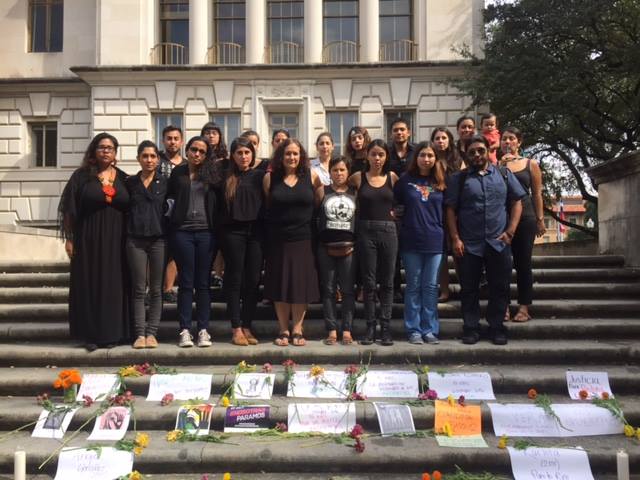